The Gate is a free-to-play RPG and MOBA-like game available in single and multiplayer. Your journey unfolds as you capture disciples and train them in combat. Then you may pretend to unlock mysterious skill upgrades and build an army powerful enough to help defeat fire-belching world bosses. The Gate uniquely combines Real Time Strategy (RTS) and Card Collecting Game (CCG) mechanics. Battles are rendered in hand animated 3D while collectable cards are presented as beautifully illustrated artistic masterpieces. Solo battles provide a chance to strengthen your army, while Raids, Arena Battles, and World Bosses get your friends in on fight.

The Gate features a medium level of pay-to-win micro-transaction limitations geared towards monetization with heavy grinding, limited inventory space and timers set on getting assistance from friends (few hours), all of which can be circumvented by paying real money. 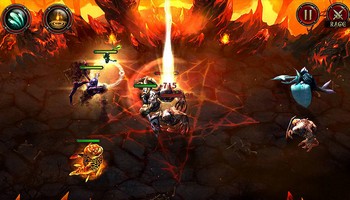 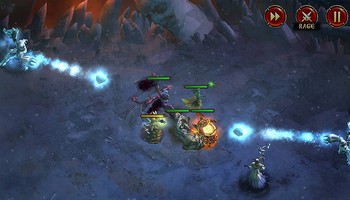 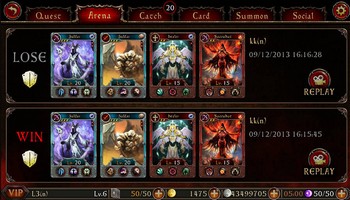 Winners of the 6-3-8 Contest!!...
Winning names and In Game Names are in the attached list image.There are 3 categories of Winners: 1st Place (Green) - A 15 character (or less) name we'll use in game.2nd Place (Yellow) - A 15 character (or less) name runner-up (not used in game). 3rd Place (Re [...]
New patch is live. Nights of Plague tournament....
Dear Players We are now back online with the new Event Island Tourney, "Nights of Plague".It's worth noting for those of you that will win a Boreas Horn sword that when you evolve him, his evolve % bonus numbers may look a little stranger than other card [...]
Competition Time !!...
Yay! It's the 6-3-8 Contest!!!These 6 cards need to be named. See attached image.DO NOT ENTER NAMES IN THE COMMENTS BELOW!!!Enter names via this link: [...]
All Hail Prince Chax. New patch online....
Dear PlayersThe new tournament is now up and running.This week is a RAID BOSS tournament so this is why you cannot see the Event Island in the map any more :)It's also worth mentioning that during Raid Boss tournament weeks, the Advantage Equipment is also e [...]