The Mighty Quest for Epic Loot is a Free-to-Play online dungeon-crawling hack ‘n slash from Ubisoft Montreal, that thrusts you in an outrageous medieval fantasy world called Opulencia where wealth, status and showboating are the name of the game! It falls into the diablo genre and provides it own touch with more satirical approach. The game was initially launched on PC in 2013, before being terminated in 2016 and relaunched on Android mobile devices in 2017.

In a distant clouded realm stand hundreds of tall castles–the great Kingdom of Opulencia.
No real Opulencian ever actually refers to it as a kingdom, though. They far prefer the official title of “Prestige feudal heroism community.” Opulencia’s residents are famous for their love of jewels, precious metals, enchanted furniture, priceless pet clothing and every other sort of treasure imaginable.
They are almost as famous for the constant state of conflict which engulfs their tiny realm. The heroes of Opulencia fight (each other) for their noblest beliefs: no pile of loot can ever be too gigantic, and no treasure is as sweet as the one you stole off your neighbor.
So their mighty quest for epic loot continues on, as each tries to out-shine, out-spend, and out-bling his neighbor. After all, as their old saying goes, wealth is a good look, and a good look’s wasted without someone to do the looking. 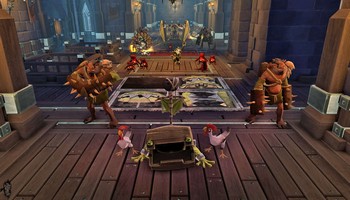 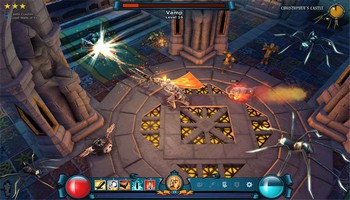 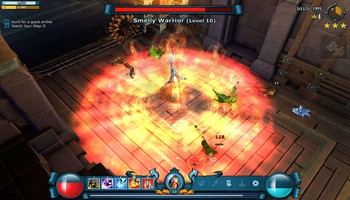 News from The Mighty Quest for Epic Loot