The Pirate: Caribbean Hunt is a free-to-play multi-player naval combat simulation game set in the Age of International Piracy, for Windows, Mac, Linux, iOS and Android systems by Polish studio Home Net Games. “Hoist the Jolly Roger and grab the steering wheel to sail through battles and raids, ransoms and treasures, aboard one of 18 classes of ships and along an unlimited fleet size, to become the Crimson King of the Antilles. Sail into the heart of the Caribbean in the Age of Piracy – the time of black flags and white skulls, blue waves and golden opportunities”. 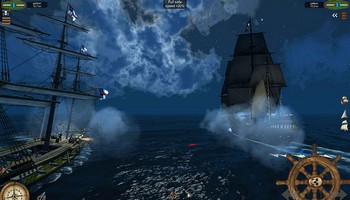 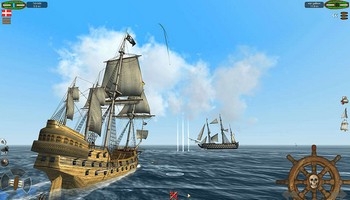 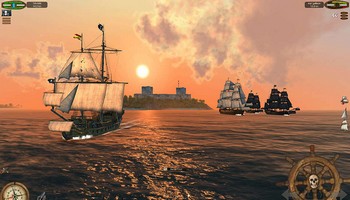 New update 9.7...
Ahoy Captains!It's been a while since we last published an update for The Pirate: Caribbean Hunt. Alas there is a change in the [...]
Update 9.0...
Ahoy pirates! Long time no sea (get the joke?). This time we have a big surprise – a new content update for The Pirate: Caribbean Hunt! 9.0 version brings story add-on called “A Siren’s Chilling Melody” made by community’s favorite, one and only: Charles Horn. Strap in [...]
Black Weekend Sale...
We've got a special Black Friday Weekend offer for you! From this Friday through Monday after purchasing any item in the Premium Shop you'll get a second item of your own choosing for free! Promo is valid in all of our games. [...]
Update 8.6...
The Pirate: Caribbean Hunt 8.6 update is now live! Can you recall the board game Battleship from your school days? We implemented our own take on it as a mini-game launched from multiplayer mode. Just join or create a session to have some fun and earn extra gold. We’ve also add [...]