The Repopulation is a Massive Multiplayer Online Role Playing Game. The action takes place on the planet Rhyldan, with the only known remaining human population fighting for their very existence. The indigenous life forms did not meet their colonization efforts with open arms. Worse yet, humans have managed to splinter themselves into warring factions. It is a sandbox oriented MMORPG with an eye on innovation. Rather than forcing players down preset paths they are instead allowed to walk the path which they enjoy the most. With a variety of combat oriented and non-combat activities to pursue, they believe they’ve created a game that can stand the test of time.
You may register now for private alpha testing. Release is expected for the 4th quarter of year 2014.

NATIONS
– Unique three faction PvP system where the third faction allows characters to create their own independent Rogue Nations.
– Player created city system allows players to form and design their own cities, structures and homes.
– Nations can own multiple cities, and even besiege the cities of their enemies.
– Mayors can be assigned to oversee a city and manage it using strategies. Keeping your citizens happy is important.
– Military advancement system which rewards players with unique titles, abilities and items.
– Set your reaction to other nations to one of five different levels ranging from Ally to Nemesis.
– Create up to 99 ranks for your nation, each with their own customizable names and settings.

MISSIONS
– An Advanced Generated Mission system allows the game makers to create complex multi-stage missions which are tailored specifically for your character.
– Missions can have branching outcomes based on a player’s actions.
– Generated missions are mailed to your character as job offers and are accessible from anywhere in the game using your in-game PDA system.
– NPCs can talk about things that have happened to them to other players and NPCs.
– Your actions will be remembered by NPCs, and they may exploit your tendencies if you let them.
– One Time Missions spawn in random locations throughout the wilderness to encourage exploration.
– Players can filter which types of missions they wish to receive, so only those missions are generated for them.
– Missions are not all combat oriented. There are crafting, harvesting, diplomatic, and other non-combat variations available.
– Completing missions in a group will generate bonus rewards and automatically split them among your group.

SKILLS
– No Levels
– Skills based gameplay which features 75 unique skills, and 14 tiers within each skill line.
– Players are not forced into combat roles. Crafting, harvesting, diplomatic or other non-combat oriented skills can operate and progress independently of combat.
– Skills increase automatically through use. Abilities are earned and not given automatically.
– Skill Imprinting system allows you to imprint knowledge of skills into yourself, to make up for time lost while doing activities such as missions.

FITTINGS
– Fitting system allows players to customize their appearance and stats to their playstyle.
– Most of the equipable items in The Repopulation are cosmetic shells which set the category of armor or weapon in that slot. The bulk of their stats come from their five fitting slots.
– Fittings are similar to sockets or augmentations in some other games, but are available on most armor and weapon items from the very beginning of the game.

ENGAGEMENTS
– Engagements are similar to public quests which can mutate and spread throughout an area, changing its appearance or content.
– How players respond to an engagement will affect how it progresses or spreads.
– Engagements are intended to get players working together from the early stages of the game or encourage exploration.
– There are both combat and non-combat oriented engagements.
– Settlements can turn into dungeons and towns can be overrun. Allowing this to happen can seriously alter the content available in an area.
– Player vs. Player engagements are similar to Open World battlegrounds.

PETS
– Three unique types of pets: Tamed, Genetically Engineered and Robotic. Each has their own systems and benefits.
– Tame animals when they are young, then have them slowly grow into fully matured pets if they receive proper care and feeding.
– Genetically engineer species and hybrids by splicing DNA and Tissue from different species.
– Robotic pets can serve a variety of different combat and non-combat roles.

CRAFTING
– Advanced Crafting systems which allows players to create thousands of variations of items through a total of 23 different trade skills.
– Harvesting system allows players to harvest their resources in both combat and non-combat related fashions. Over-harvested areas will run dry of resources and recover slowly, rewarding players for discovering more remote locations.
– Event system will require players to make decisions during the crafting process which will influence their result.
– Each of the game’s recipe has its own mastery level which can be increased to produce higher quality items.
– Access the Auction Network from anyplace in the world using your in-game PDA.

COMBAT
– Two distinct modes of combat: Action Mode and RPG Mode. RPG Mode works like traditional RPG combat. Action Mode allows players to control the game in ways similar to a First Person Shooter. You can toggle between these modes at any time.
– Several twists to make combat more interesting including Momentum, Limb Targeting, Species Mastery, Energy Shields, Cover, and Postures..
– Generated special abilities system for bosses will force groups or raids to adjust on the fly when fighting bosses, rather than simply looking up spoiler information on the internet.
– Encourages grouping with a slew of social features such as skill gain bonuses and treasure bonuses while grouped. Along with those bonuses, abilities make use of openings created by other abilities allowing for players to exploit those openings.
– Vehicles can serve in combat roles. 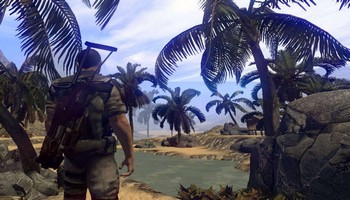 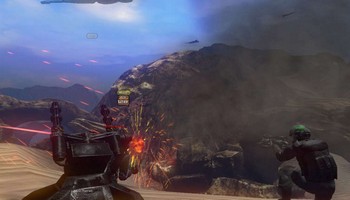 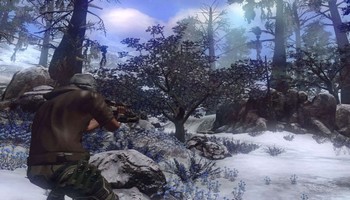 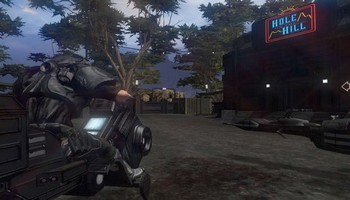 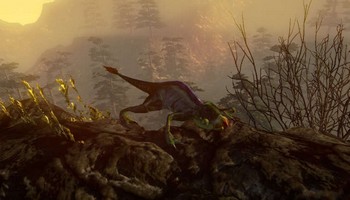 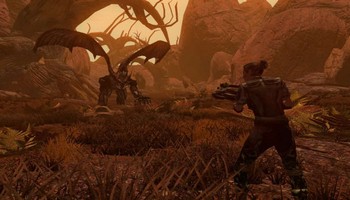 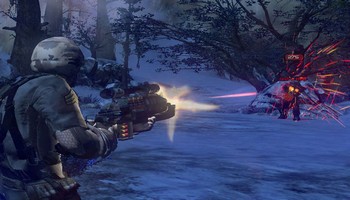