The Walking Dead: NML is a free-to-play single-player mobile RPG with tactical turn-based combat, based on the popular The Walking Dead franchise. Players are to compose their team wisely. They may “bring Michonne and dominate in close-quarter combat or send Rick to dispatch enemies from afar. Or perhaps choose to snipe from a distance with Daryl’s crossbow, or mow the herd down with Abraham’s assault rifle”. The Walking Dead: NML features Daryl, Rick, Michonne and many other characters of AMC’s The Walking Dead. Collect Heroes through radio calls and unlock special abilities and valuable leader traits. Players can complete Episode 1 for free Daryl tokens and unlock the first Hero of their team. The game can be played further and entirely for free, albeit for a high grinding rate.

• FIGHT through hordes of deadly enemies in tactical turn-based combat
• COLLECT and upgrade your favorite characters from AMC’s The Walking Dead
• CHOOSE the right team and the equipment for each mission
• HUNT walkers in Terminus, The Prison and other familiar locations from AMC’s The Walking Dead
• JOIN other players in deadly weekly challenges and PVP combat for exclusive rewards 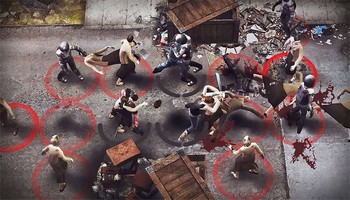 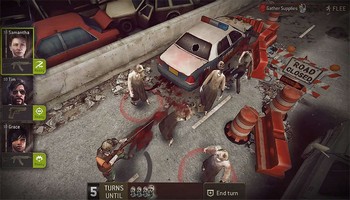 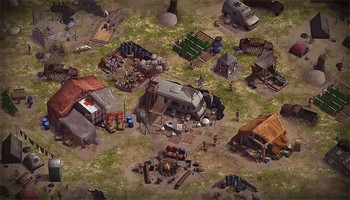