Tiger Knight is a free-to-play multiplayer online PVP game mixing real-time tactics and action role-playing elements in large-scale warfare. Tiger Knight reenacts large-scale wars in the Middle Ages, reproducing true equipment from history such as weapons, armors and horses. With its single battle and team battle systems, this game brings you back to the brutal era of melee wars. The game is set in the biggest empires in 200 AD: the Han Dynasty, the Roman Empire, the Kushan Empire and the Parthian Empire. Play as the General in one of these empires. Lead your own soldiers. Win the war with skills, strategies and cooperation. Tiger Knight uses the optimized Unreal3 engine, as well as the PhysX physical engine. Background music is created by famous composer Hitoshi Sakimoto (Final Fantasy series) using ancient musical instruments.
Tiger Knight was re-released on January 11, 2018 in early access following a publisher switch.

Command Mode: PVP Mode (with soldiers)
10-14 players of all camps can respectively command 1 adjutant and 40 soldiers at most to defeat enemies. This mode supports a 200V200 battle and includes two sub-modes: Conquest and Siege.
Duel Mode: PK between generals (without soldiers)
Players should join this battle mode without soldiers. It supports a 16V16 battle and contains six sub-modes. Players can fight individually or in teams. Each bout lasts for about 15 minutes.
Epic War: Cooperation between teams (PVE Mode)
Players join a team to fight with the AI in realistic simulations of famous battles from the Three Kingdoms Period. The difficulty of PVE mode is divided into three levels: easy, normal and hard.

Reference and Innovation: Tiger Knight turns to classic PC games for reference and adopts a third person RPG operation mode, so that players can control their mouse to attack or parry. Combo attack, charge attack, charge and penetration, all these techniques compose the fast tempo of this game.
Command and Strategy: Tiger Knight is the first war game that integrates melee strategy and action competition. It resurrects various ancient war troops and strategies. Players can fight battles by commanding troops and adjutants.
Restraint on Weapons and Armors: Tiger Knight employs a unique method of calculating damage and defense. Damage is classified into several types according to weapon types and attack methods– chop, crush and pierce. Armors are offered in cloth, leather, iron and composite materials. Weapons will have specific effects when paired with distinct armors. Damages are also different depending on locations.
Realistic Battlefield: Numerous famous battlefields reappear in Tiger Knight, each of which has its own combat strategy. Players should choose appropriate strategy according to the battlefield.
Various Collection Modes: In Tiger Knight, there are 10 upgrade modes. Each mode contains 5-10 troops. Players unlock and upgrade by obtaining experience, prestige and copper, recruiting adjutants from famous heroes in the Three Kingdom Period and training them in different skills and formations.
Numerous Equipment: Players can unlock equipment such as armors, weapons and horses. There are more than 1000 armors and weapons, 50 horses and horse gears in Tiger Knight. Players can choose weapons with different lengths or damage, cloth armor, leather armor and iron armor.
Unique Adjutant System: Players can not only unlock soldiers but also recruit famous adjutants. Adjutants have different capacities, special formations, skills and different levels of loyalty. Improve their abilities to win the battle. 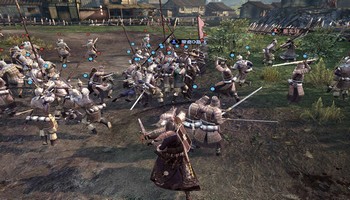 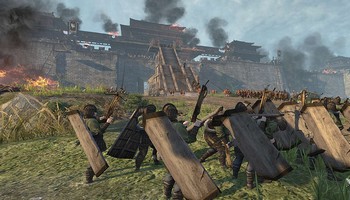 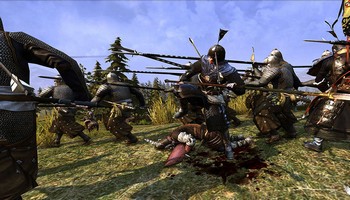