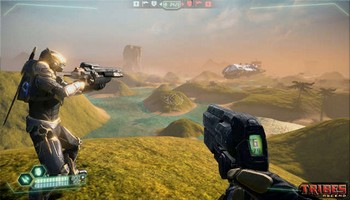 Tribes: Ascend is a free-to-play multiplayer-only first-person shooter and part of the Tribes franchise. It is developed by Hi-Rez Studios and is currently available as a download for Microsoft Windows. Aspects from previous Tribes games such as jetpacks and skiing are featured in the game. Based on the classic Tribes series, Tribes: Ascend offers fast-paced, vertical acrobatic combat with class-based teamwork and sci-fi visuals. Wage war in a variety of open environments including frozen wastelands, sprawling cities, and jagged mountains.

Skiing: A slow soldier is a dead soldier. By holding down space bar you remove friction and build momentum to traverse large maps, hunt down targets, and escape enemy territory at intense speeds.
Jetpacks: Total freedom of movement and aerial, dog-fight like combat
Class-Based Combat: Nine classes, each with unique weapon loadouts and abilities.
Escalating Intensity: In each match you earn credits for shooting down enemies or supporting your team’s objectives. Use these match credits to upgrade base defenses, access vehicles, or call-in tactical strikes. The longer you play, the more chaotic the match becomes.
Vehicles: Pilot the powerful Beowulf tank, the speedy two-person Grav Cycle or the versatile flying Shrike.
Beautiful, Massive Battlefields: Wage war in a variety of open environments including frozen wastelands, sprawling cities, and jagged mountains.
Don’t Fight Alone: Friend-list allows you to link up with others and establish supremacy online
Spectator Mode: Highly-detailed spectator mode allows you to zoom in on your favorite players, view player data, and switch between action hot spots on the fly. 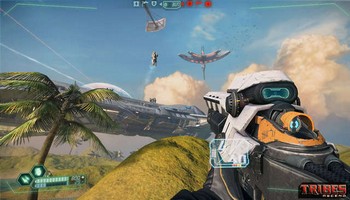 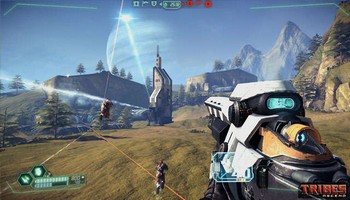 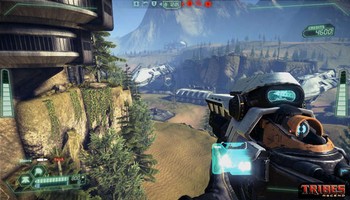 The Epic Store has partnered with game publisher Ubisoft Entertainment to give anyone a free copy of action-adventure hit game Watch Dogs 2 (PC) between September 17 and September 24, as part of the store’s weekly giveaway event. The Watch Dogs 2 Giveaway The […]

Free Stick It To The Man! (PC)

The Epic Store has partnered with game publisher Ripstone to give anyone a free copy of platformer-adventure game Stick It To The Man! (PC) between September 17 and September 24, as part of the store’s weekly giveaway event. The Stick It To The […]