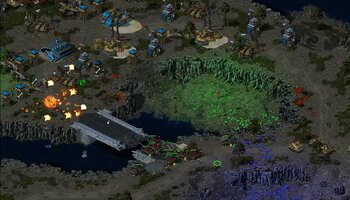 Twisted Insurrection is a free retro RTS (real time strategy) game for PC (Windows), and a critically acclaimed standalone modification based on the Command & Conquer™ Tiberian Sun™ game and engine. It features a complete redesign of the original game, set in an alternate timeline where the Brotherhood of Nod was victorious during the first Tiberian War. Along with the total overhaul of the original game’s visuals, sound effects, and packing an all-new original soundtrack (ft. Frank Klepacki), Twisted Insurrection brings you an entirely new arsenal of forces to command in massive single- and multiplayer battles. The game features multiple full-length solo campaigns and co-op missions for GDI, Nod, and the new GloboTech and Forsaken factions. Play over 50 brand new campaign missions and try your hand at challenge modes, re-imagined Tiberian Dawn missions and more. Customize your game experience by choosing from dozens of game modes and options.
Twisted Insurrection is standalone and runs by itself. You do not need Tiberian Sun or any other Command & Conquer game installed to play Twisted Insurrection.

The fate of the Earth lies dangerously unknown. Do you have what it takes to drag the shattered Global Defense Initiative out of ruin? Or will you crush all who oppose the will of Kane and his Inner Circle? The choice is yours commander. 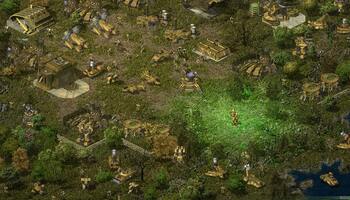 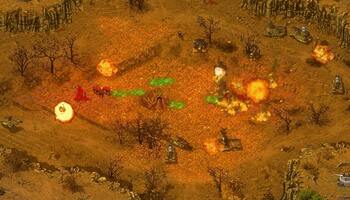 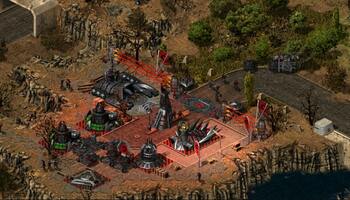 20th Anniversary - In-Universe Excellence Results...
The best stories are sometimes fan-made, and voting ends with the site's audience decidi [...]
20th Anniversary - In-Universe Excellence...
When franchise owners don't deliver, modders pick up the slack, like these twenty fan-driven m [...]
Vote for TI in the 2021 Mod of the Year Awards!...
It's up to you commander, help us reach the Top 100 mods of 2021! [...]
Twisted Insurrection: Version 0.9 Released...
The board of directors have decided that it's time for the corporation to take a more active role in the conflict. Down [...]