Ultima Underworld: The Stygian Abyss is a 1992 first-person role-playing DOS video game (RPG) set in the fantasy world of the Ultima series, and developed by Blue Sky Productions (later Looking Glass Studios) and published by Origin Systems. The link provided here takes you to a browser playable version hosted on Archive.org. The game takes place inside the Great Stygian Abyss: a large cave system that contains the remnants of a failed utopian civilization. The player assumes the role of the the Ultima series’s protagonist as he/she attempts to find and rescue a baron’s kidnapped daughter. Ultima Underworld has been cited as the first role-playing game to feature first-person action in a 3D environment, and it introduced technological innovations such as allowing the player to look up and down. Its design combines simulation elements with concepts from earlier CRPGs, including Wizardry and Dungeon Master, which led the game’s designers to call it a “dungeon simulation”. As such, the game is non-linear and allows for emergent gameplay. 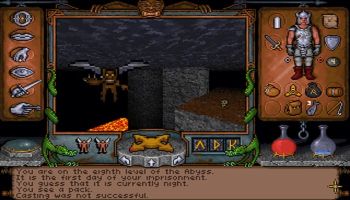 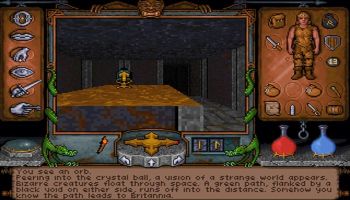 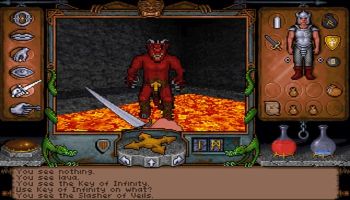