Unknown Horizons is a free, open source 2D real-time strategy (RTS) game or city/colony building simulation for PC (Windows & Linux). Expand your small settlement to a strong and wealthy colony, collect taxes and supply your inhabitants with valuable goods. Increase your power with a well balanced economy and with strategic trade and diplomacy. The code is available under the GPL v2 and content is mostly licenced as CC-BY-SA. Written in Python using FIFE. The dev team is working on an Port of Unknown-Horizons to the Godot Engine. Anybody with the required skills can be in the dev team or keep developing the game on their own to share later.

▶ Commodities management: Organize your resources to feed, extend and defend your growing city.

▶ Diplomacy: Deal with other players to schedule conditions of trade agreements and non-aggression pacts.

▶ Trade: Exchange stock with other players, free traders and local settlements to ensure your stores can keep reserves for worse times.

▶ Strategy: Painfully trouble your enemies with strategic pinpricks and take advantage of all their little mistakes to solidify your position.

You start somewhere amidst an archipelago with nothing but a single ship and a handful of resources. Those need to suffice for you to found a rudimentary settlement.

Soon, the first sailors will settle down in your city and demand a living. Can you manage the short resources well enough to have your city grow steadily? Your inhabitants will see various different increments on their way to wealthy tradesmen and each increment will bring up new demands and desires of your people. Take care about their needs, taxes are a linchpin of success in Unknown Horizons.

Sooner or later you will have established a bright and big town. Other settlers in this new world will accompany and observe your progress. Now it is up to you to live in peace or maraud the peaceful. Will you end up as arbiter or tyrant? Decide with wisdom and the tales to be told about you will never end. 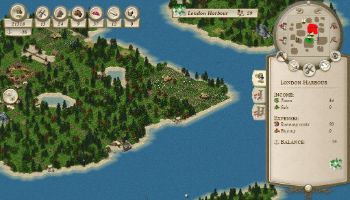 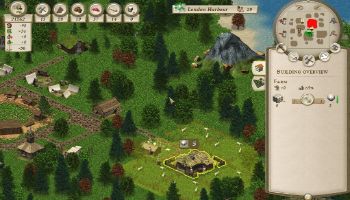 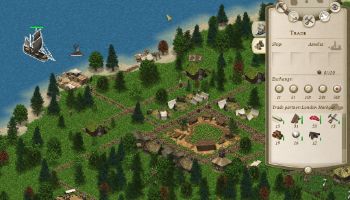