UnReal World is a free roguelike RPG for Windows, Mac and Linux PC, and the longest living roguelike game of all times. It was first released in 1992 and has been continuously maintained and developed ever since. UnReal World can be downloaded for free using the links provided here, which will take you to the dev page with optional paid versions at the top and free versions at the bottom of said page. UnReal World is a unique combination of roguelike roleplaying game and survival simulation set in the Far North a long, long time ago. Throughout the years, UnReal World has been praised for its depth, realism, atmosphere and immersion. The game is completely open-ended and you decide whether you wish to lead a life of a fisherman, a hermit searching for the peace, a brave adventurer, a rough hunter, a trapper or a tradesman.

As a member of one of the nine different cultures you’ll enter a detailed and enchanting iron-age game world in which northern folklore, knowledge and way of life play an important part. The world and mechanics of the game are highly realistic, rich with historical atmosphere and emphasized on survival in the harsh ancient wilderness.

A wide world with vast forests, mires and mountains to roam and watercourses to row is randomly and procedurally generated – and you can live off the land and explore it on very detailed level. Track animals, set traps, hunt with bows and spears, tan hides, go fishing, pick berries, cook food, sleep in a temporary shelter or build a log cottage, trade with the villagers, craft items, interact with cultures near and far — and so much more.
UnReal World is offered for free by its developer, but you can support his work by getting a paid copy on steam

Turn-Based & Open-Ended: think before you act and live off the land as you please with random world generation for endless replayability
Intricate Procedural world: full of wonders both mundane and extraordinary to explore on very detailed level
No Character Classes: but nine different cultures to choose from
Skill Based System: including multitude of skills from cookery to hideworking, from herblore to tracking
Detailed Terrain Generation: with diverse and accurate northern vegetable kingdom
Northern Animal Kingdom: with species specific behaviour patterns and feeding relationships modelled in detail
Survival: in everyday life and the quest for success in the harsh ancient wilderness
Detailed Combat: (and hunting) with many tactical options and galore of weapon, battle experience and combatant related factors resulting in vivid and rewarding struggles
No “hit points”: but detailed generation of injuries such as bruises, fractures, tears and cuts to specific body locations
Crafting: from weapons to traps, build constructions for temporary shelter to log cabins
moddable crafting, building and flora 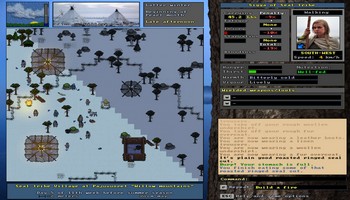 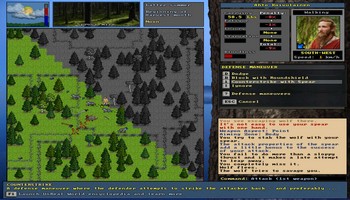 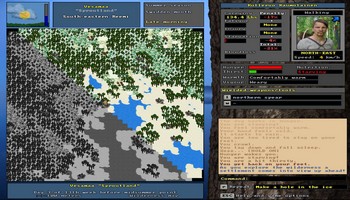 Sale of the Fittest...
Steam Survival Fest is on and we welcome you to join to this sale of the fittest.Just follow your survival instinct into the far north where UnReal World awaits.We're all about survival. GWR Gamer's Edition has labeled UnReal World "The first open-w [...]
Summer Sale is on!...
Steam Summer Sale is on! So lay back, wipe the sweat off your forehead, and feel free to enter into the far north for discounted price. It's easier there in the summer - you'll see.It's been enjoyable adventuring in the real world too, so let's share a some select [...]
Real world greetings from a grove...
Greetings everyone!As you may know I'm spending sort of a year off from coding and concentrating more on the real world stuff. But the absence from the development chambers doesn't mean a radio silence. I'm happy to post a little news and photo feeds occasionally to stay [...]
Going Rogue - since 1992...
Going Rogue: A Festival of Persistence has started here on Steam and oh yes, that's a sort of celebration that suits us so very well! From the player's point of view it often requires persistence to roam the harsh wilderness pursuing your way to survive in the far [...]