Virtua Tennis Challenge is a free-to-play tennis game for iOS and Android created by SEGA. It was released in 2012 as a paid game, but joined the free-to-play “Sega Forever” series in 2017. Take on Virtua Tennis Challenge, the deepest tennis game on mobile with unrivaled 3D graphics, tactical controls, and realistic gameplay. Slice, lob and hit your best top spin as you take on the world’s best and compete against 50 players in 18 stadiums around the globe. Build concentration by making plays that match your player’s style; unleashing a super shot that will make your opponent sweat. Enjoy hours of game play through different modes, shots and courts.

FEEL THE HEAT:
Adjust your shot in different stadiums and environments as you compete on clay, grass, hard or indoor courts.

DOUBLE UP THE FUN:
Compete in Singles or Doubles challenges

SPT World Tour: Pick a customizable character to compete through full seasons of competition around the globe. Earn money by progressing through matches to buy your way into new tournaments. Each real world day offers new challenges.

Exhibition Match: Dive into the game and select from any unlocked courts and characters in single or doubles mode.

Multiplayer: Challenge your friends online over Wifi or face to face over Bluetooth connectivity

Quick Match Mode: Itching for a one minute dose of Virtua Tennis? Play fast singles challenges to increase your ranking

Training Mode: Learn from the pros in this practice mode by running through drills 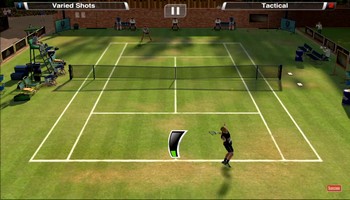 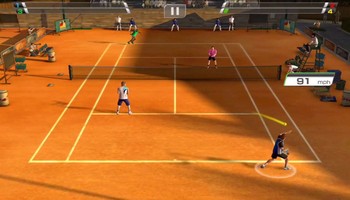 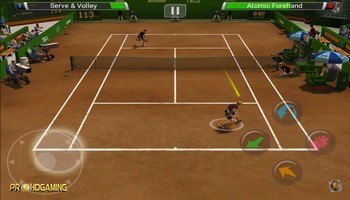