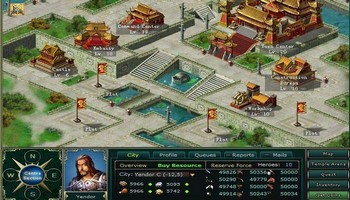 War of 2012 is a free online browser-based simulation game where you create a city, forge your army, cultivate heroes to conquer land and become the most noble Lord. As with most strategy games you start out with next to nothing right smack in the Dark Age, so you’ll spend the first few days building up a base of operations. Going through the cataclysm of 2012, leading your people to rediscover civilization, craft powerful equipment, trading, train elite troops, then leap into a new era..

2012, A new era begins and there would be a new world! Or there maybe something else we can’t imagine! What about experiencing it yourself? War of 2012 allows you to have the chance, go for the end of the days or new era, and through to the unknown.
The entire world spiraled into a deep depression resulting in a sharp cultural split. The new leaders of the world, believing that the downfall was the result of a misuse of technology decided to strip the common people of most of the modern technology and education. In doing so most of the technology we see today was lost to the ages. The new world became a primitive and dark society. People struggled to survive, worked hard to rebuild cities on the land and people who still had access to education and technology were chosen to be lords. The lords led their people to develop construction, production and research, trying to bring the civilization back. However, the task was far from easy and everywhere there was unrest and strife. Barbaric groups who were killing and plundering without any respect for law had to be dealt with. They continuously robbed from cities to accommodate their luxurious life. There were so many robbers that they even attacked each other to rob resources and territories. Here you begin your journey in the war of 2012. 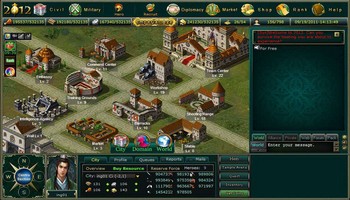 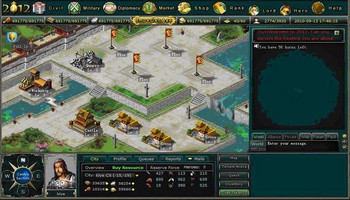 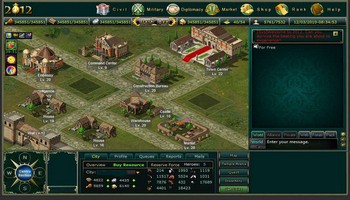