War of Omens is a free-to-play mobile/browser CCG featuring a fast-paced, engaging battle system and an ever-changing landscape as you grow in skill level and unlock new cards and heroes. The game features a unique deck building mechanic that enables you to do a multitude of actions per turn. Engage in fast-paced, real-time combat with other players. Collect, win and craft cards to assemble a powerful deck to prove your dominion over your opponents. Unlock over 20 different heroes from four different factions as you navigate the dark fantasy world of WAR OF OMENS. Play as the rich and ancient Vespitole, the ruthless and savage Daramek, the mysterious society known as Metris, or the reclusive and powerful Endazu. Each faction has their own heroes, their own cards, and their own unique play style.

• Unique deck building gameplay mechanic
• Competitive real-time fastpaced PvP (player vs. player) combat
• 4 separate factions and over 24 heroes, each with their own special abilities
• Collect, win and purchase cards to dominate over your opponents
• Engage in Campaign Mode to learn about the history of your heroes
• Beautiful hand-drawn and original artwork 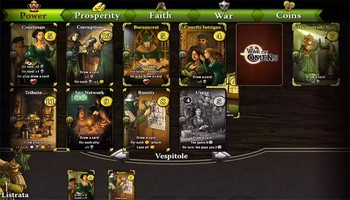 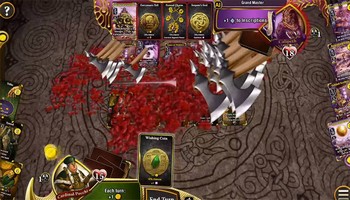 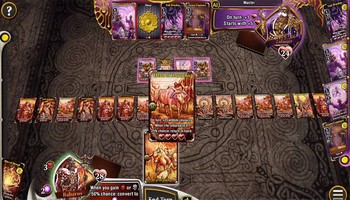