War Selection is a free-to-play (and win), pseudo-historical strategy game that focuses on base, economic and military development culminating in huge military clashes. Players can build their empire from the Stone Age to Modernity in a War RTS game that reimagines the genre by introducing a Battle Royale inspired Armageddon mode, where you, your friends and up to 62 total players battle for territory on a unique procedurally generated map. Each player starts from the Stone Age and develop their culture throughout the match, ultimately morphing into a modern day country.

– This represents the entire historical diversity of the human civilization.
– Each chosen path brings it’s unique game experience.
– Game mechanics and opportunities change depending on your choice.
– After passing 8 historical eras you will reach the Modern time.
– More than 100 buildings and more than 200 types of units are available.
– There are 2 types of troops available: land and naval. 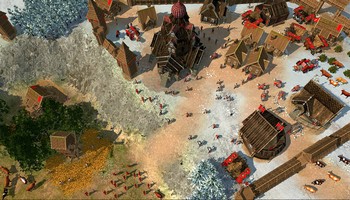 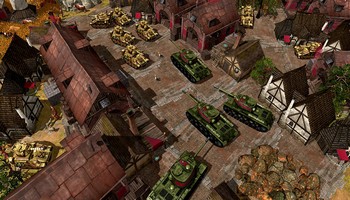 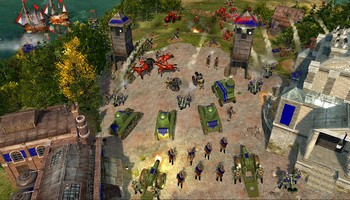 Appearance update for Stone Age and siege weapons...
We are constantly updating our models, textures and animations.Now, we are pleased to inform you that we have updated the appearance of Stone Age buildings and Medieval battle machines.The buildings are now more detailed and meaningful. [...]
Greet the Headless Horseman...
An old forest filled with bright fall colours hides a grim mystery.A dark f [...]
Improvements to the map editor. Game effects for m...
GENERALPlayers who drop out of the match automatically have their mines and stone mines destroyed.Improved faction and team settings interface in the map editor.In multiplay survival mode, you can choose the limit of an era's [...]
New features of the map editor. New decor: Firewor...
GENERAlAdded croatian language.A new decorative feature has been added, the launching of fireworks.Only players with at least a little experience can create a squad.MAP EDITORMap siz [...]