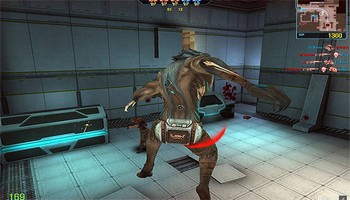 Wolf Team is a free to download and free to play MMOFPS that features the ability for players to transform between Humans and Werewolves. Humans have a vast assortment of weapons at their disposal, giving them an advantage at a distance while Wolves have limited ranged attacks but are much faster, stronger, and more sturdier than their human counterparts. Wolf Team features a large selection of weapons players can acquire as they progress through the game, and a large selection of game modes with sub game modes that allow you customize your gaming experience in a variety of ways.

– Fast-paced FPS action for up to 16 players at a time!
– A large assortment of modern weaponry
– Transform into a Werewolf for fierce close-quarters combat
– 15 different maps in a variety of different layouts and sizes
– 7 exciting game modes including Deathmatch, Destruction, and Conquest

–Deathmatch: Kill as many players on the opposing team as possible. The first team to reach the preset kill goal, or the most kills when time expires, wins
–Deathmatch Classic & Sub-Modes: Each sub-mode imposes restrictions on certain weapons from being used in the match. Knife Mode only allows knives; Pistol Mode only allows pistols, grenades, and knives; Snipe Mode only allows sniper rifles, grenades, pistols, and knives.
–Destruction: In this mode the Red Team must plant a Bomb at one of the two bomb sites while the Blue Team must defend the bomb sites and defuse any activated bombs.
–Ice Hold: Kill every member of the opposing team before time expires. The team that wins the most rounds wins the game. A round is won when all members of the opposite team have been annihilated, with no means of resurrection.
–Conquest: Gain majority control of the stationary bases before time expires. The team that wins the most rounds wins the game.
–Wolf Hunt: A secret Paien Labs genome experiment has succumbed to a viral mutation. Now an ultra-powerful Wolf specimen has escaped captivity and Wolf Team recruits have been deployed to stop it. Only one problem: the specimen, in addition to being brutally strong, is contagious. The recruits must survive its attacks or become their greatest fear and turn against each other. 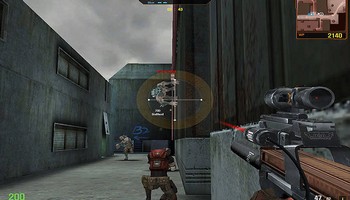 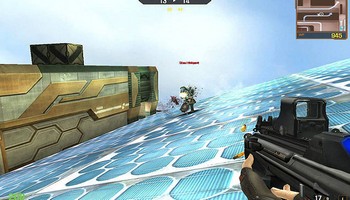 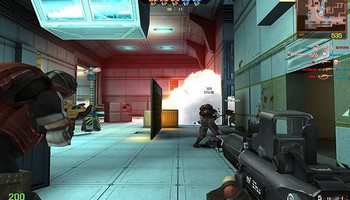