World of Tanks is a free-to-play multiplayer online game featuring mid-20th century era fighting vehicles. The focus is on player vs. player gameplay with each player controlling a tank or armored vehicle. The players in World of Tanks can choose four primary types of battles: random battles, team-training battles, tank-company battles, and clan battles. WoT gives players the choice of over 150 tanks to fight with, and allows them to be upgraded according to role and play style.

– Random battles: There are three types of random battle; Standard, Assault and Encounter. Players have the option to be excluded from Assault and – Encounter battles: All random battles consist of two teams of 15 randomly selected players on a randomly selected map.
– Standard: The goal is to capture the enemy flag/base or eliminate all enemy tanks within 15 minutes. If time expires it is a draw.
– Assault: An attacking team has to capture a defending team’s base or eliminate all enemy tanks within 10 minutes. If time expires the defending team wins.
– Encounter: Two teams fight to capture a single neutral base or eliminate all enemy tanks within 15 minutes. If time expires it is a draw.
More battle modes are still in the planning according to Wargaming. This includes historical battles which allows players to battle in a historical background between two different regions and the a place that has similarities to the battlefield.
– Team Training: In this mode, a player can make a room and select the map to play. It can be decided to be open to the public, or by invitation. This mode is used for experiments with various tank mechanics, learning new maps, strategic planning and movement, and as a place to train others. There are no experience points or credits gained in this mode and any repairs needed for vehicle are free except for expended shells and equipment (consumables used).
– Tank Company: A player can create a team in four divisions. Each division has different tier points requirement. Companies are available in 4 divisions: Junior, Medium, Champion and Absolute.
– Clan Battles: World of Tanks offers a unique battle mode called Clan Wars in which, for a moderate amount of gold, players can create their own Clan and fight with other friends. On the Global Map, Clan Commanders can land on a province and try to capture it (by fighting against other clans who have applied for landing) and then receive a certain amount of gold every day.
– Tournaments: Players can compete in organized bracket-style tournaments of teams consisting of a specified number of players using tanks of a specified type. Winners of the bracket receive gold, and in certain tournaments special prizes such as computer parts.

World of Tanks is based on a reasonable f2p model making it free-to-win and only pay-to-progress-faster, after making changes to it away from its initial P2W model. For example camouflage, an important item, is available for temporary use (7 days or 30 days) by paying with freely earned in-game credits, but for permanent use by paying with gold purchased in the World of Tanks store or won in an ingame event. Generally players like the game so much that they may tend to disregard time-limited unlocks. Also players tend to enjoy a sense of progression by playing on this type of free model, with gear management adding another tactical dimension. 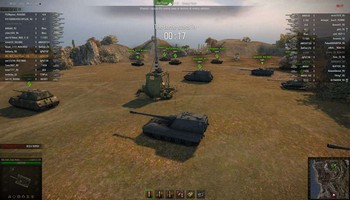 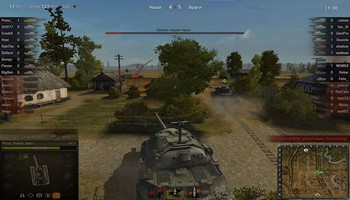 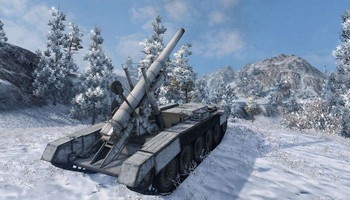