Epic Scale from tiny flea-bots to huge mechs and gigantic superweapons that wreak havoc – hundreds or thousands of units on the battlefield, all easily viewable with a fully pannable and zoomable camera.
Realistic Physics mean each shot is physically simulated realtime – you can actually evade bullets if you micro-manage your units! Hills and terrain affect line of sight and radar coverage, and explosions deform the terrain.
Planet Wars lets you take control of your own planet and fight for survival in an ongoing online campaign.
Natural Balance allows units to depend on their natural characteristics and the benefits of the simulated environment, not contrived special damages to determine their effectiveness.
Terraforming – change the terrain: walls, ditches, ramps and more, to provide yourself with an extra tactical advantage.
Unique Abilities make sure units are fun to use! From jump-jets, gravity turrets, mobile shields, burning napalm, air drops, unit morphs .
Streamlined Economy – the economic system is complex without being tedious, with a simple interface and controls. Resources are unlimited and output can be scaled up as the game progresses, allowing for increasingly intense battles. The system is also designed to minimize slippery slope and allow skilled players to make comebacks from losing positions. 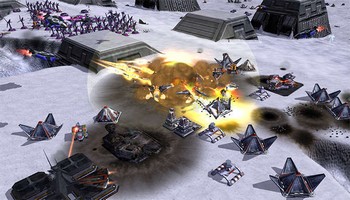 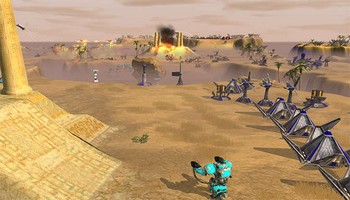 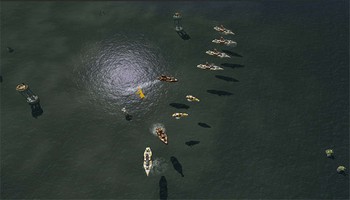