Zombie Vikings: Stab-a-thon is a free to play game that takes place in the Zombie Vikings universe. Play as the most fearsome Vikings ever raised from Norse soil in this brawler game with up to 4 players. Pick your weapon and your character and you’re ready to fight your friends (or enemies) in arenas like Fishgaard and Berzerker Factory. Or why not play a game of the traditional and historically accurate game of Söcker? Sharpen your weapons to find out who’s the best Zombie Viking of them all.

– Battle your friends in this completely free brawler game!
– Compete in the ancient Viking game known as Söcker
– Fight in arenas like Hellheim, Berzerker Factory and Fishgaard.
– Unlock new weapons and use them to smash your friends on – their heads!
– Equip magic runes to gain new abilities 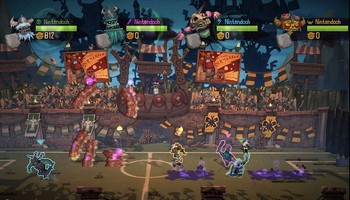 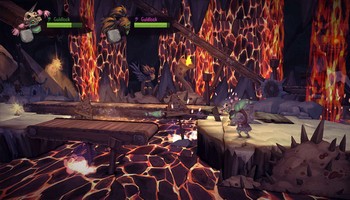 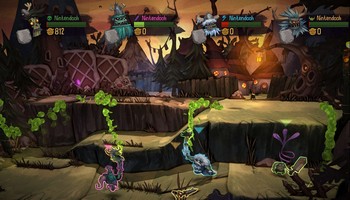