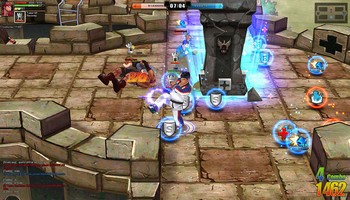 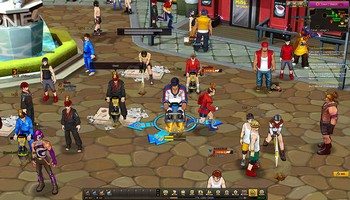 [Zone4] Service Ended Announcement...
Greetings Fighters.This is Zone4 team.The Zone4 service in Game&Game ended today, September 26, 2017We really appreciate all your great interest until now.We are going to prepare better and various games soon.Kind regards,Your Zone4 Team. [...]
Zone4 GSP service closure announcement (on Septemb...
Greetings Zone4 members, We are regret to announce that the official game service of Zone4 GSP(G&G, Steam) will be expired at 10:00 AM on September 26th, 2017(GMT+9). Also, Charging G-points and Cash Refill from Steam Wallet will be blocked from August 9t [...]
"PVP with GMs" event is temporarily clos...
Greetings Fighter.We are sorry to announce that: due to technical problem the "PVP with GMs" event is temporarily closed. Dev team are trying to find and fix the issue as soon as possible, but for now, the event has to be closed.We are really sorry for this [...]
[PVP with GM] List of participants - 34th week...
Greetings! Here's the list of last week's event, thanks for joining everyone and let's have fun again this week as well!Rewards has been delivered to the shared account mail. List Winning teamPatoKss [...]