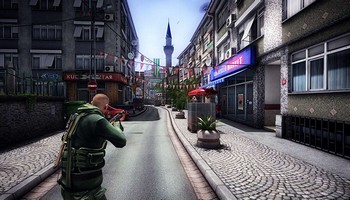 Zula is a free-to-play multiplayer online first person shooter for PC that is mostly popular as an eSport FPS, mainly in Europe. The game is available via Steam or idcgames.com (publisher). In Zula you will discover real unique locations as Istanbul, […]

Fortnite – Save the World

Fortnite: Save the World is a paid (initially announced as free-to-play) tower defense video game for PC, Console and Mobile about exploration, scavenging items, crafting weapons, building fortified structures, and fighting waves of encroaching monsters, developed by People Can Fly and […]