What is Super Tournament?

The Super Tournament is a daily team-based tournament held in the evenings for each region during the Final Beta Test (FBT) running from August 17th through to 31st. The FBT and Super Tournament will be open to all players.
Earn Seed Points during the Qualifiers to advance to the Group Stage and Finals. The last standing team in the finals will be selected as the final winner.

The Super Tournament starts daily in the evening from August 17th to 31st for each region. Please check the detailed schedules below: 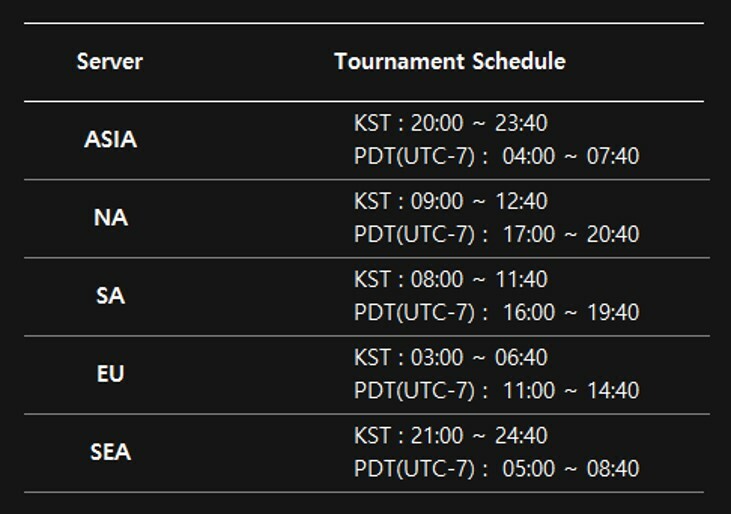 – The tournament region is in the lower right corner of the lobby screen.
– The end times for each day may vary depending on the outcome of the tournament matches.