Robocraft Royale is a free-to-play robot themed battle royale shooter game with 100 Players competing in 100 Crazy Rides including Mechs, tanks, dinosaurs, helicopters, jet fighters, monster trucks, you drive them, you fight with them in an epic fight for survival […] 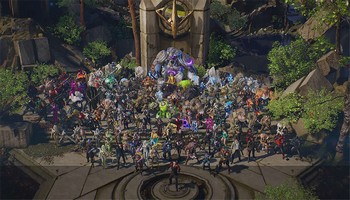 $12 Million Worth of Paragon Assets Offered for Free

Despite the Paragon game project coming to a premature end (on April 26) due to insufficient player base, costing a fair amount of lost investment and player discontent in the process, Epic Games have distinguished themselves yet again by their altruistic endeavors, […]