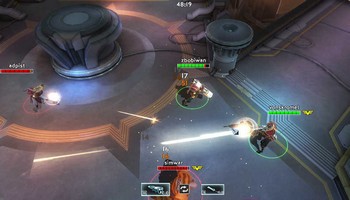 Games of Glory is a free-to-play MOBA game inspired by different video game genres. It borrows the fundamentals from MOBAs and integrates a faster action controls and flexibility in weapon choices from shooters. The persistent universe and social aspects are […]