The Amazing Eternals is an upcoming free-to-play multiplayer first-person shooter with collectible card features. Create customized, strategic decks and activate them in real-time during battle. The rumors have existed for years. Somewhere in the pages of obscure comics and the strangest […] 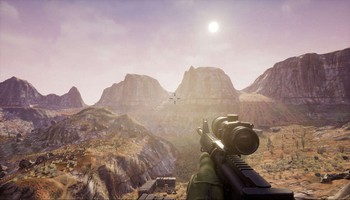 Burst is a free-to-play multiplayer First-Person Shooter. The game’s plot is centered around the BURST terrorist group, which has started to attack government five years ago and sparked a war. They fought society using the weapons they had created to guarantee […] 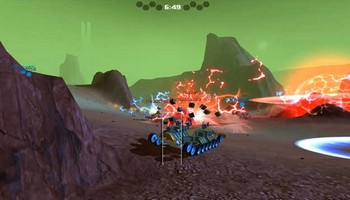 Robocraft is a Free-To-Play MMO Robot vehicle shooter. In this game you can build a futuristic robot vehicle from Cubes, add Wheels, Thrusters, Hoverblades, Wings, and Plasma Cannons, before taking part in faced-paced action robot shooting. According to the game’s generous […]

Brink is now a free-to-play first-person shooter that blends single-player, co-op, and multiplayer gameplay into one seamless experience, allowing you to develop your character whether playing alone, with your friends, or against others online. You decide the combat role you want […]

Dreadnought is a free-to-play class-based PVP space third-person vehicular combat shooter for PC and PS4 by developers Six Foot and YAGER and publisher Grey Box. Dreadnought puts you in command of massive capital ships for tactical warfare throughout the Solar System […]

Skull & Bones is an upcoming, likely free-to-play* online multiplayer and coop naval action game by Ubisoft for PC / PlayStation 4 / Xbox One, set during the Golden Age of Piracy, where Renegade captains command the most powerful weapons on […]