Mythic Saga was a 2D fantasy MMORPG from Voomga, from China-based GameWave. Mythic Saga thrusts you into a land of mystery and adventure. You are a hero born into a new world. Learn how to survive with your skills and abilities, […]

Dungeon Rampage is (or was*) a free-to-play action MMO from Los Angeles-based game studio Rebel Entertainment for PC (browser originally). Dungeon Rampage is a dungeon crawler that is heavily inspired by such popular titles as: Blizzard’s Diablo series, Gauntlet and The […]

Battle for Graxia was a free-to-play multiplayer online battle arena game MOBA developed by Petroglyph Games for Microsoft Windows. Players get into the action by joining the game queue for the scenario of their choice as either a solo player or […] 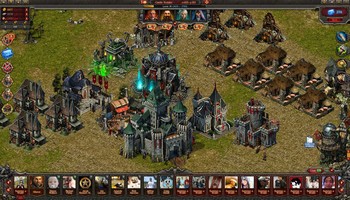 Stormfall: Age of War is a free to play MMORTS in a world of fantasy, for browser and playable on facebook. The lands of Darkshine are in turmoil, as rival Lords battle over the remnants of the once-great Empire of Stormfall. […]

RaiderZ is a Free-to-Play Massively Multiplayer Online RPG (or MMORPG for short) in which players engage in battle against colossal and powerful beasts in order to save the world of Rendel from destruction. Experience action-based gameplay, join a hunting party, and […]

PlanetSide 2 is a free-to-play sci-fi MMOFPS published by Sony Online Entertainment for PC (Windows). Players join one of three factions (Terran Republic, New Conglomerate, or Vanu Sovereignty) and engage in combat on foot, vehicles, or the skies. Battle across open […]

Wings of Destiny was a browser-based MMORPG for PC from IGG. The game featured an immersive story based on the battle between Heaven and Hell, with players restoring balance to the world of Galensya in between. Wings of Destiny offered traditional […] 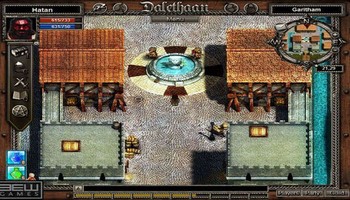 Dalethaan is a free online adventure multiplayer 2d browser game MMORPG. It is set in a fantasy world and you can play online with other players. It is also considered a PBBG game. No download is Required! The vast Dalethaan Empire […]

EverQuest II is a free-to-play fantasy MMORPG, part of the much acclaimed Everquest series. EverQuest II, initially launched in 2004, became free-to-play in November 2012 allowing you to immerse yourself in the game’s exciting locales, mysterious lands, intense battles and exciting […]

The Lost Titans is a free-to-play, 3D browser-based MMO action RPG from ZQGame. Based on Greek mythology, the game allows players to take the roles of Warriors of Light, join one of the three Great Houses, and fight against the minions […]